New buildings, high-profile visitors and major milestones were just some of the many events and announcements making news on Mount St. James in 2022. Members of the campus and local communities toured the new Prior Performing Arts Center during a Community Day held on Sept. 24. It provided visitors with their first look inside the new $110 million academic building and performance venue. The event featured music and dance performances and theater open rehearsals, as well as the Iris and B. Gerald Cantor Art Gallery’s inaugural exhibition, “Afterimage: Visual Arts Faculty 2022.” Visitors toured all three floors of the 84,000 square-foot building, from production spaces and rehearsal rooms to the 400-seat Luth Concert Hall. The building opened to classes at the beginning of the academic year. From study abroad to prettiest campus to best liberal arts education, Holy Cross appeared at the top or in the Top 10 across a host of national rankings in 2022.

The College of the Holy Cross is celebrating 50 years of coeducation throughout the 2022-23 academic year.

Holy Cross began a two-year celebration of coeducation’s half century on The Hill, which will run from September 2022 through June 2024. Past and upcoming events, as well as coverage of speakers, performances and more, can be found at the coeducation site. Anthony Fauci, M.D., ’62, Hon. ’87 joined his classmates at their 50th reunion in June. In addition to time with his class, Dr. Fauci addressed the campus community as Holy Cross named its science complex in his honor. He also met with current students, advising them to expect the unexpected. 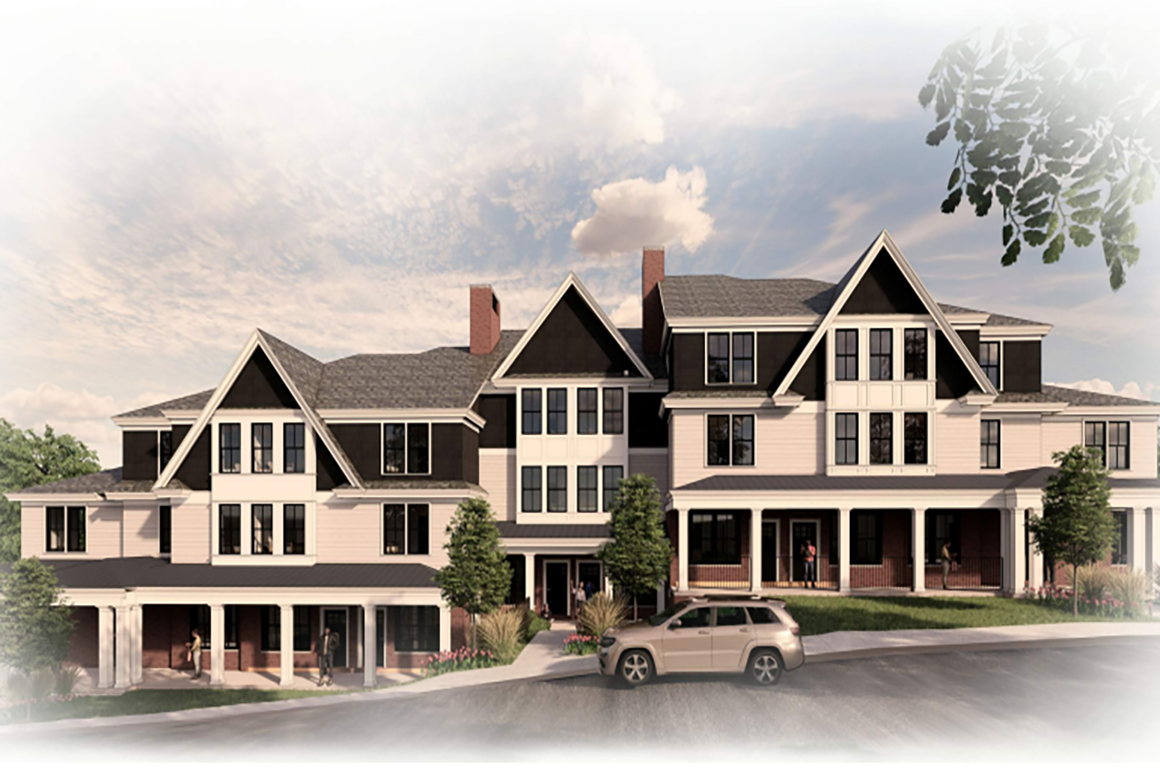 This rendering depicts the apartment-style housing approved by the City of Worcester for the Holy Cross campus.

New options for on-campus living in fall 2023 began to take shape after the city of Worcester approved the College’s plans for two new buildings at the edge of campus, on the corner of City View and College Streets. Viewers can watch the building progress across from The Joanne Chouinard-Luth Recreation and Wellness Center. In September, the College announced it partnered with the Schuler Education Foundation to expand its financial aid support of low-income students and students with undocumented status. To qualify for this funding for the $20 million grant, Holy Cross committed to raise a dollar-for-dollar match of the total amount expected from the foundation over the next 10 years. Holy Cross is one of five schools, and the only Massachusetts college, selected to partner with the Chicago-based foundation in this cohort. Russian journalist Dmitry Muratov won the 2021 Nobel Peace Prize for his efforts to “safeguard freedom of expression.” Since starting the newspaper Novaya Gazeta, he’s seen six colleagues murdered. In June 2022, Muratov auctioned off his Nobel medal for $103.5 million to aid Ukrainian refugees. He originally planned to speak about freedom of speech, but changed the topic of the address to Russia’s invasion of Ukraine. College of the Holy Cross 176th Commencement at the DCU Center on May 27, 2022 in Worcester, Massachusetts. (Photo by Michael Ivins/Holy Cross)

Commencement Celebrations Past and Present

In late spring 2022, Holy Cross celebrated not one, but two, classes. Friends and family of the class of 2022 packed the DCU Center at the end of May for its 176th Commencement Exercises, as bestselling author Abraham Verghese, M.D., advised students to gauge success by the daily joy they experience. In June, the College invited the class of 2020 to campus for a degree recognition ceremony, in which members enjoyed the first in-person celebration of their graduation since they left The Hill in mid-March 2020 due to the pandemic shutdown. The largest class in Holy Cross’ 179-year history moved onto Mount St. James on Aug. 27. At 904 members, the class of 2026 is 10% larger than that of the previous year; its members hail from 575 high schools, 14 countries and four continents. Class of 2023 Washington Semester Program students pose on the steps of the Capitol in fall 2021.

Alumni traveled to the nation’s capital in April to celebrate the 50th anniversary of the College’s Washington D.C. Semester Program. Jon Favreau ’03, former speechwriter for U.S. President Barack Obama, joined College President Vincent D. Rougeau to discuss the influence of the program. “What I learned at Holy Cross was how to think. More important than any specific major or any specific class, it was how to think critically,” Favreau said. Helen W. Boucher, M.D., ’86, in February was elected chair of the Holy Cross board of trustees, a four-year role she began on July 1. She is the first woman board chair and, in October, was also named the first woman dean of Tufts University Medical School.