The College received seven Fulbright fellowships this year, the most since 2017.

The College of the Holy Cross, again, will be among the institutions with the highest number of Fulbright scholars this year. Photo by Avanell Chang

From a desire to live abroad after the pandemic stripped them of the opportunity to fulling a newfound passion for teaching, seven recent graduates of the College of the Holy Cross accepted fellowships from the Fulbright Scholars program for 2022-2023.

With seven fellowships, Holy Cross will likely once again be one of the top producers in the country.  This year’s total is the most since the College had more than a dozen in 2017. Since 2009, Holy Cross has produced 107 Fulbright Scholars.

The Fulbright Scholars program is recognized as one of the most prestigious international exchange programs in the world. Since 1965, Holy Cross has produced more than 160 Fulbright scholars.

This year’s group of Holy Cross Fulbrighters will travel to three continents experiencing the culture in countries from Brazil to Timor-Leste.

Mitch Baker ’22 will travel to Taiwan as part of the Fulbright Scholar program.

What originally attracted me to the Fulbright Program was the overt emphasis on being a cultural ambassador for the United States in a world that could certainly use more cultural exchange. However, as I researched more about the program, I became enamored by the possibility of being a teacher, especially to those from other countries and, in my case, members of aboriginal tribes in Taiwan. It never occurred to me until my senior year that I had any desire to be a teacher. I had always looked up to them: Mrs. Webster, my third-grade teacher; Mr. Meagher, my AP government and U.S. history teacher in high school; all of the professors I had here at Holy Cross. Those people were not only great teachers in their subjects but became mentors for large parts of my life in regards to all sorts of things — they played such vital roles in and out of the classroom. Thus, I came to believe that everyone at some point in their life should be a teacher in some form in order to truly become a well-rounded member of their community.

As a philosophy major with a minor in Asian studies, I had studied regions in Asia yet never had the opportunity to get real-world experience. That was quite attractive. Moreover, I had a friend in high school whose family was from Taiwan. We bonded quite a lot in high school and I was introduced to their cultural traditions and foods. Bubble tea (aka boba, as lots of people call it) has become quite popular and is originally from Taiwan. He was the first one to introduce me to do that and that introduction served as my main application essay. Little rewarding moments like that in life (interactions with cultures not all of us experience) has caused me to want to become more of an international/global citizen at a time when it seems many countries are becoming increasingly adversarial with one another. 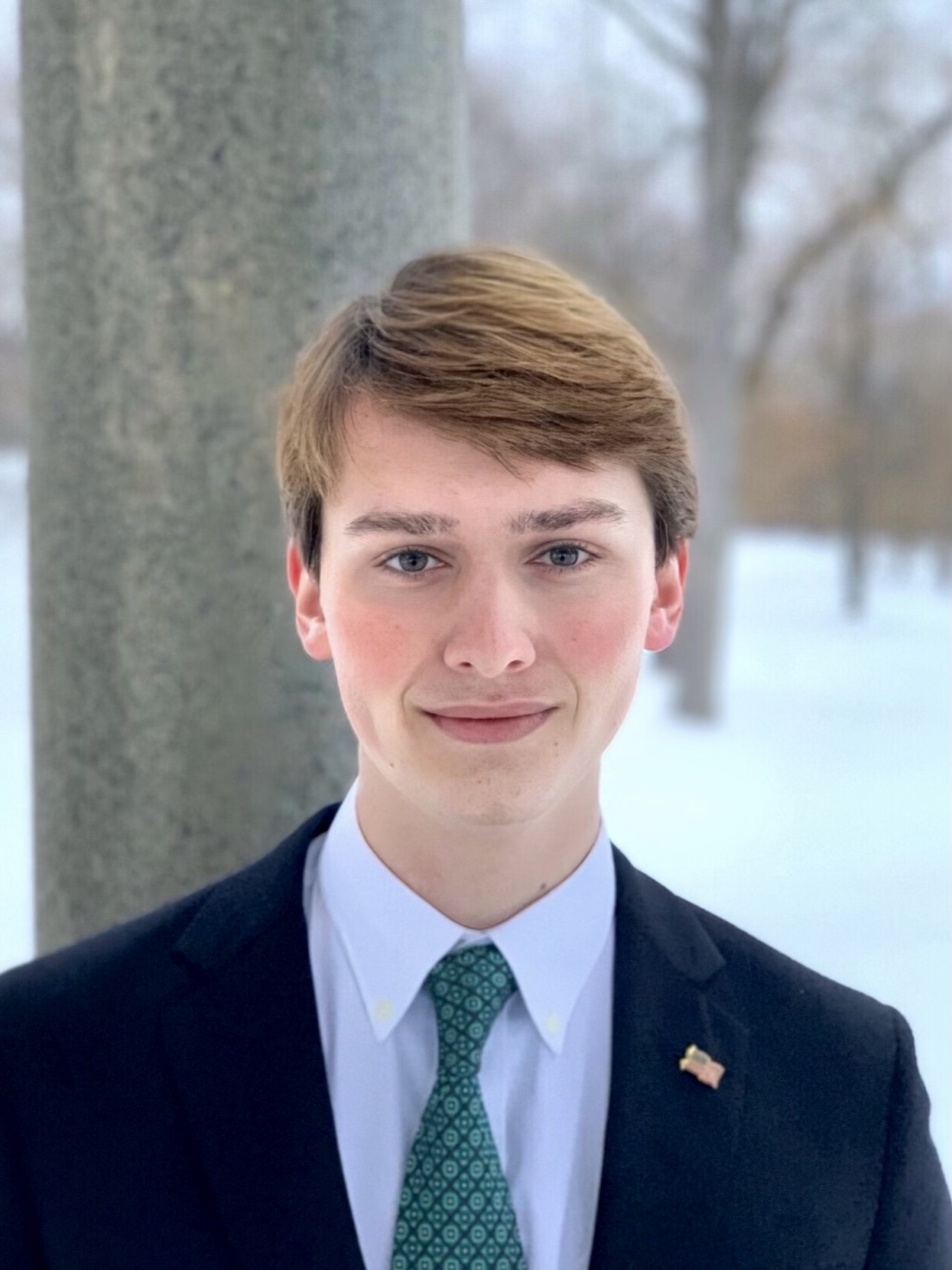 I was attracted to apply for a Fulbright grant for several reasons, but the main draw for me was the opportunity to gain international experience. As someone who aspires to ultimately work in U.S. foreign policy, the opportunity to participate in cultural exchange while living and working abroad — and all the skills and experiences I would gain from that — was really appealing to me. Also, given that my planned junior year abroad in Spain was canceled due to COVID, I felt that my undergrad experience was missing an international component, which made me all the more eager to apply for a post-grad program like Fulbright. Finally, I am planning to apply for master’s programs in international relations in the near future, and I believe my Fulbright experience will not only make me a stronger candidate but also help clarify the specific direction I hope to take in the future (U.S. diplomacy, international development, etc.), which will be useful as I begin thinking about what types of schools and programs would be a good fit for me.

My choice of Timor-Leste stems from a class I took my sophomore year, Politics of Development, in which I wrote a paper that examined Timor-Leste as a case study with regard to the role of international organizations in developing countries. During the process of researching that paper, I became increasingly fascinated with Timor-Leste. As someone who is interested in histories of colonialism, development and peace and conflict issues, Timor-Leste — a former Portuguese colony and Indonesian-occupied territory that gained independence after years of conflict — represented a confluence of many of the topics I am most interested in. My studies and internship experiences have mostly focused on Africa and I wanted to expand my horizons and go outside of my comfort zone a bit by applying to a country in Southeast Asia, a region I have less background in. I choose the Fulbright program because of the vast opportunities that it presents. Fulbright opens many doors that I believe would not have been available had I not applied, especially in the field of foreign affairs and diplomacy. I wanted an experience that will help me decide what career I eventually end up in, but importantly, it’s about the experiences and the skills I will learn throughout the journey. For some, it can be tough living abroad without knowing anyone, but I cherish these moments because I have more time to reflect and learn what my strengths are. Also, moments like these have helped me become more open to new experiences and learn who I am as a person.

To add, it has helped me become more open-minded to learn about new cultures and ideas that would not have been available had I not traveled. I have been fortunate enough to have been able to travel and study abroad, and these experiences have had the most profound impact on my life.

Why Slovakia?
I choose Slovakia for a variety of reasons, for one, throughout my life I have lived in a Western-centric society, having lived in the U.S. and influenced by my father’s Irish culture, and having studied in Spain, Ireland and Australia, all to various degrees Western societies. Slovakia on the other hand, although now considered western because it now belongs in the EU, has a different history than the rest of these countries because of its history. Slovakia’s history and politics are what really drove me to decide on the country. Throughout much of its history, Slovakia has been under occupation by other countries; Slovakia was once called Upper Hungary and recently Czechoslovakia. Slovakia only recently became an independent country in 1993, splitting from Czechoslovakia. Besides its history, its politics are quite interesting, especially in recent times due to the ongoing war in Ukraine.

I also choose Slovakia because of personal reasons: My mother is from Southern Poland, only about an hour and a half away from the border with Slovakia. I am quite familiar with Poland, I speak Polish and have been influenced profoundly by Polish culture, but I wanted to learn more about Slovakia because it shares a similar culture to Poland. I was driven to learn more about the Slovak way of thinking and way of life and how it compares to its northern neighbor and to the U.S. I was attracted to apply for a Fulbright fellowship after spending six months teaching English and studying at the Otto-Friedrich Universität Bamberg in Germany. This transformative experience helped me hone my German skills and become bicultural and bilingual, and it perpetuated my desire to help students improve their communication abilities. As a Fulbright, I hope to inspire my students through my cultural immersion experiences. I want to show them the joys and potential bilingualism can bring, particularly the enrichment of global citizenship and cultural immersion.

After being inspired by the spirited instruction of my high school German teacher, I desired to attain German fluency. Availing of every opportunity possible to improve my German, I studied abroad twice and declared a German major at Holy Cross. I love the German lifestyle, culture and literature, and I am excited to see all of the new opportunities completing a Fulbright there will bring. To be completely honest, COVID was one of the major factors as to why I applied. I was interested in the program before the pandemic, but since I wasn’t able to study abroad my junior year due to the pandemic, I was even more motivated to apply. The program also provides me the opportunity to explore a new possible career path in education without making a commitment to an education graduate program and certification program in the U.S.

Choosing a country to apply to was a bit harder. I’m a Spanish major, so I knew I wanted to apply to a Spanish-speaking country but was torn between Argentina and Spain. I ended up deciding on Spain, as my area of interest within the Spanish department has been on the Convivencia, a period in Spanish history in which Jews, Muslims and Catholics lived together in relative harmony. My secondary project during my time in Spain will focus on contemporary memory of this period. 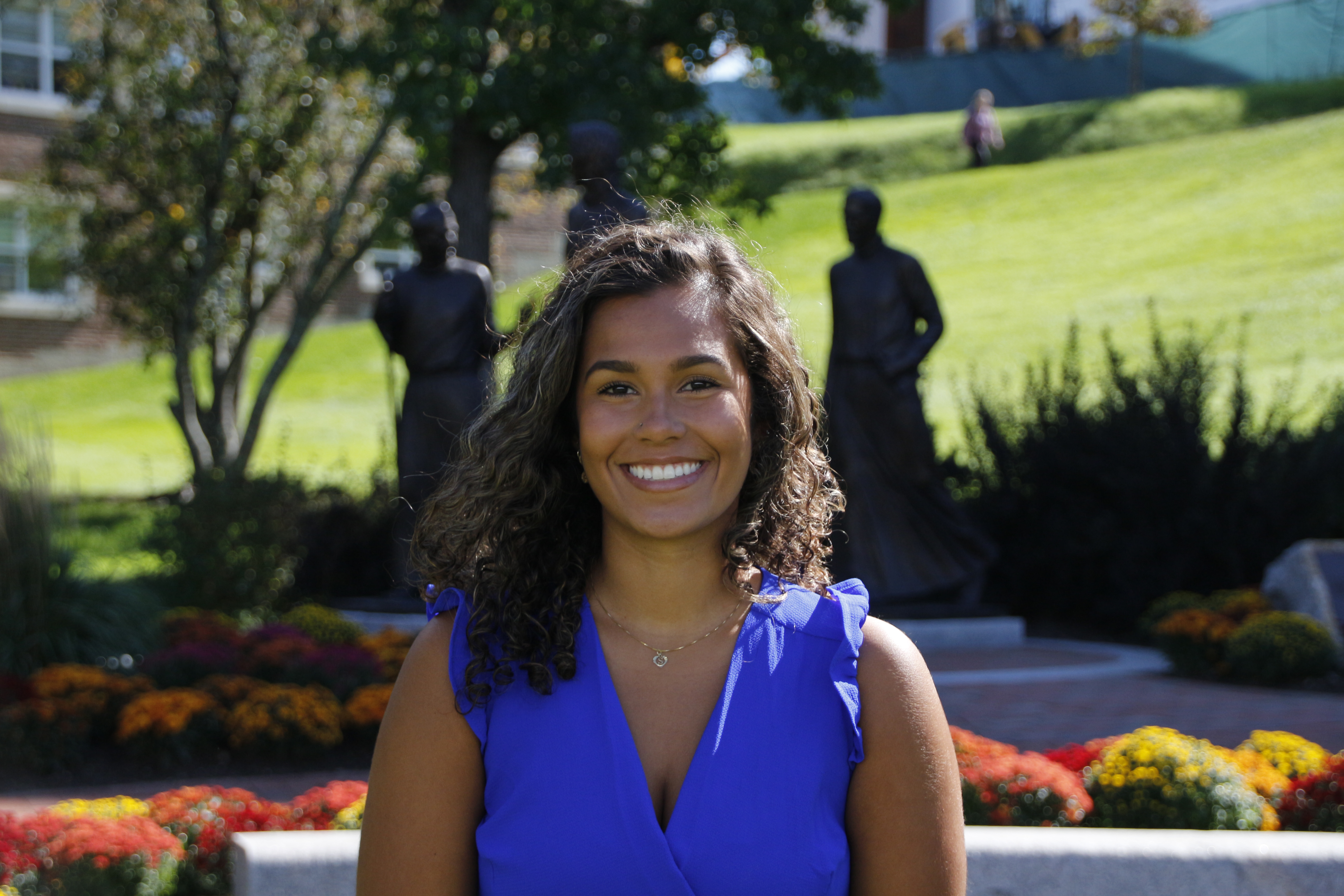 Due to the pandemic, I was unable to study abroad during my junior year at Holy Cross. This was an experience I was really looking forward to during my time in college and so applying to be a Fulbright fellow gave me the opportunity to travel and live abroad while being immersed in another culture. I really enjoy working with students of all ages, and being a student myself during remote/ hybrid learning made me want to share my experiences with other students in an effort to enhance their learning experiences.

I chose to apply to Brazil because my parents were born and raised in Brazil, and this is a big part of my identity. Brazilian Portuguese is my native language and I have been fortunate enough to travel to Brazil to visit my family on several occasions. I am really looking forward to exploring Brazil on my own and make my own experiences within the country. Being a Fulbright fellow will give me a new perspective of the culture I am living in. As a Fulbright fellow, I am able to make relationships with students, native residents and see different regions of the country that I have not explored yet with my family. The Fulbright fellowship was very attractive to me because it offered me the opportunity to widen my perspective while also traveling the world at the same time. One of the things that I really appreciated during my time at Holy Cross was the opportunity to meet many new people on and off-campus. I wanted to continue to do so and the Fulbright provided me with just that, as well as the opportunity to act as an agent of cultural exchange. I hoped this experience would aid my future endeavors as I look to pursue a career in medicine and work with a variety of patients. It is truly a unique opportunity and I am so appreciative to undertake this experience.

I choose to apply to Spain largely because of my experience at Holy Cross. My first-year Montserrat lecture was called Self and Society, in which we unpacked the heroic stories of Don Quixote and dove into some of the classics in Spanish literature. My Spanish language courses also piqued my interest with short blips about culture and traditions. The Canaries were especially interesting to me because of their reputation as a historic fishing community, something I hope to partake in during my grant.